2012 Ruthless Rye IPA from Sierra Nevada Brewing in a nutshell: Lots of grains in the nose, lots of rye and lemon in the middle and finish.  Kind of a simple beer, and an extremely tasty one.   Rye is one of the more in-your-face grains, so it imparts a lot of flavor, and in this case, is borderline overpowering.  However, it doesn’t reach that ever looming threshold, and it’s really quite a fine, and very unique brew.  I like it a lot, and this is one I’ll definitely be looking for again.

Hennepin is a Saison, a classic Belgian farmhouse ale from the Brewery Ommegang.   It pours a light Pilsner-ish golden color, with a massive fluffy white head with the consistency of well beaten egg foam, and it lasts and lasts.  The nose is yeasty, with that fruity, slightly sour scent that is the trademark of Belgian yeast. There’s a smooth, lightweight body, and the middle faintly sweet malt and oranges that linger through the finish.   It’s a subdued flavor, and less like a Pilsner than Saisons I’ve had in the past, but a very light ale.  There’s no bitterness anywhere that I can taste, so this is another good choice for those who aren’t particularly into hoppy, bitter beer.  It’s supremely well executed, and a beautiful summer beer. 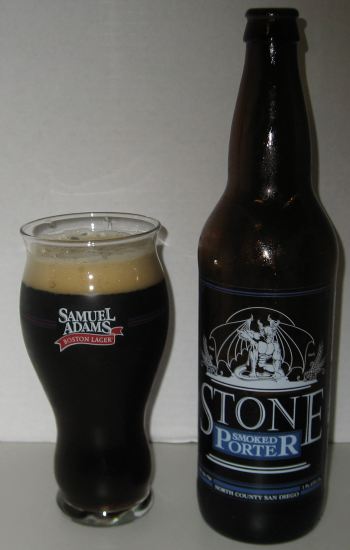 Browsing through the beer section at the Earth Fare, one of the local grocery stores I frequent, I saw a bottle of Stone’s Smoked Porter that I’ve passed over my last few trips, and decided to give it a try.  It’s rich dark brown in color, and a medium to full bodied beer.   There’s chocolate in the nose, cocoa and coffee in the middle, and it has sweet, milky finish that fades to a faintly bitter last note that gives you a hint about the hops.  I really didn’t find a lot of smoke in my example. Other than a bit in the nose, to me, this was closer to a chocolate or milk stout than anything.   This is not as outrageous as some of Stone’s other offerings, but it’s a really nice, smooth, flavorful beer, and would be a great option for someone who isn’t into hoppy, bitter beers.  I like it a lot. 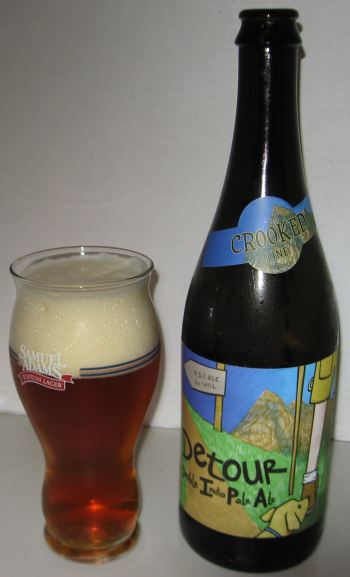 Detour is a Double (or Imperial) IPA from the Crooked Line by Uinta Brewing Co of Salt Lake City.  It’s a big beer, as DIPAs tend to be, at 9.5% ABV.  The nose is floral, with a hint of pine.  It’s a full bodied beer, and there are lots of hops.  The middle is bitter with oak and pine and alcohol, with more of the same in the finish.  Unita claims a dry finish, but I don’t find that to be particularly the case.  Medium dry, maybe, and only because you can feel the alcohol evaporating from the back of your tongue.   It’s a pretty straight-forward beer, not a lot of complexity, and I’m not a big fan, I’m afraid. 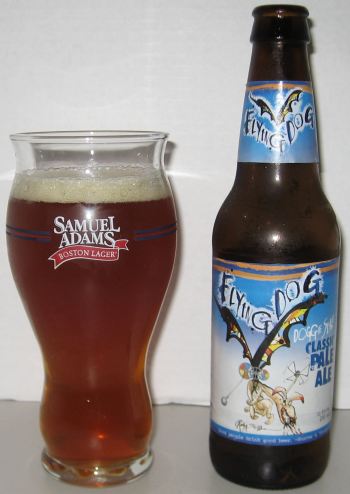 Fresh on the heels of a legendary American Pale Ale, Sierra Nevada Pale Ale, is Flying Dog Brewery’s Doggie Style Classic Pale Ale.  It doesn’t have much of an aroma.   There are some slightly hops scents there, but not much.   It has a light-to-medium weight body, and citrus dominates the flavor, with orange fading to bitter orange peel in the finish.  Not much of the pine that I’d expect from an American Pale Ale.  It’s a decent beer, and maybe I’m not doing it justice by reviewing it directly after the Sierra Nevada, but I just don’t like this one as much.

Sierra Nevada Brewing Co.’s Pale Ale is a beer that needs no introduction.   You’ve almost certainly had one or six in the past, and it’s available nation-wide.   Why would I review a beer that all you readers have already tried?   Simple…I believe this beer deserves it.  To me this is one of two beers (Samuel Adams Boston Lager being the other) that epitomize the success of modern craft brewing in the United States.   This is one of the two beers that sets the standard for brewing high quality beer with care, and still being able to make it widely available for the enjoyment of a general national audience.  But I digress.   The beer:   This is a classic American Pale Ale in all it’s hoppy glory.  The nose is slightly bready, with some floral notes.   The middle is bursting with clean bitter pine, and a hint of orange peel.  The finish is pine and bread.  It’s a medium-bodied beer, and clean and crisp all the way through.  There’s nothing outlandish about this beer, but it excels in its simplicity.  This is one of my favorites for a hot summer evening. 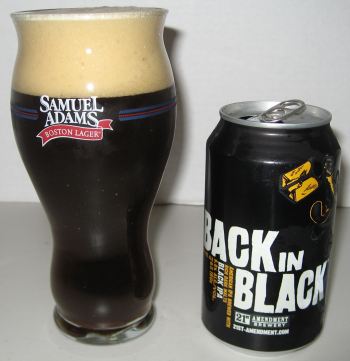 Back in Black is a Black IPA from 21st Amendment Brewing;  The same folks who brought us the exceptional Brew Free! Or Die IPA I reviewed not long ago.  The packaging (again, fabulously done but not quite as ornate as the box the Brew Free! came in) tells us that this is an Americanized IPA, recast in black.  It’s certainly a sweeter, maltier version of an IPA.   The nose has a lot of roasty caramel notes.  The middle has a lot of caramel and toffee early on, but more piney hops start to come through as it warms…The first hops I’ve tasted in this beer.  The finish is slightly bitter, starting with coffee overtones that also change to pine as it warms.  It’s an interesting beer, particularly how completely the flavor profile changes from start to finish, but on the whole, I preferred Brew Free! by a substantial margin.

Ta Henket is another from Dogfish Head’s line of Ancient Ales, of which I’ve previously reviewed: Chateau Jiahu, Midas Touch, Sah’tea, and Theobroma.  Ta Henket is based on an Egyptian recipe and includes wild Egyptian yeast, an “ancient form of wheat,” a blend of Middle Eastern spices known as Za’atar,  doum palm fruit, and chamomile.  The nose is yeasty and tangy, almost like a sourdough, the middle is sour on the tongue, and the finish is dry and relatively neutral with just a hint of those spices. Whatever that ancient form of wheat is, it’s clearly closely related to the modern form, because this the predominant characteristics of a wheat ale.   The light pale color, and smooth, subdued flavors are both indicative of the style.   This is definitely a Dogfish brew, but the wheat ale base and the low alcohol content (4.5% ABV) makes it calmer than most, so it might be a good introduction to the “off center ale” style for someone with traditionally conservative tastes.   Personally, being an off-centered kind of guy, I love it, as I usually do Dogfish beers.

I’m drinking pink beer.   This is what’s at the forefront of my mind as I stare at the undeniably hot pink head on this traditional Belgian lambic.  The lambic style is defined by the use of wild yeast for fermentation and flavoring with fruit rather than (and not in addition to) hops.  Framboise is a raspberry lambic (thus the distinctive coloration) and a low alcohol (2.5% ABV) full-on dessert beer;  virtually all of the the suggested pairings from Lindemans are desserts.  There’s raspberry all the way through from nose to finish.  The nose also has some yeasty notes, the middle is slightly fizzy and sweet which fades to a surprisingly tart finish.  There’s a bit of lingering sourness as well, which I attribute to the yeast.  If you don’t like bitter, hoppy beers, this may a beer you want to try but it’s definitely a special occasion brew, not an everyday drink, and it won’t appeal to everybody.   All in all, I think it’s a relatively complex and fairly nice example of a true lambic.

I picked up an assorted pack from the Flying Dog Brewery from Maryland, and I’m cracking the IPA first.  There isn’t much of a nose…Just maybe a bit of sweet orange. The middle has a more orange and grapefruit, leading into some heavy earthy hops, and finishing with some bitterness from both the hops and some grapefruit peel.   It’s definitely on the bitter side for an IPA (which I personally like) but be warned if you don’t, and it really could use something to balance it out in any case.