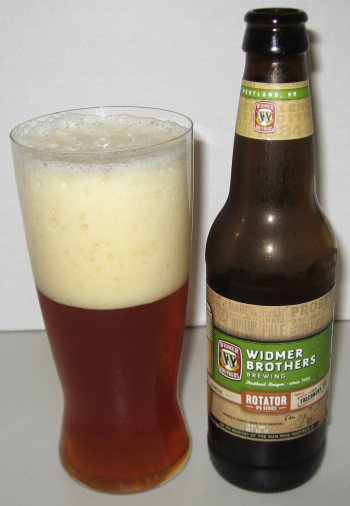 I’ve previously reviewed one of the beers from Widmer Brothers Rotator IPA Series, the Spiced IPA, and today I’m trying the Falconer’s IPA, named after the Falconer’s Flight hops blend this brew uses. This is a muted, maltier IPA that reminds me more of the English variety than the American one. The nose is grainy with a bit of lemon, the middle is heavy and malty with some pine and spice underneath that strengthens in the finish along with a bit more lemon. The head is nice and heavy and sticks around until well into the glass. This is a really nice IPA that’s a bit different from the huge hoppy west-coast style IPAs. It’s far and away better than the Spiced IPA, and one that I could see myself drinking regularly.